Euromax Resources Ltd. 17 January 2014  (TSX-V: EOX): ("Euromax" or the "Company") is pleased to announce results from drilling at the Medenovac target at KMC located in the north of the licence area.  The KMC project is located in southwest Serbia, some 200 kilometres from the capital Belgrade.  The licence covers around 60 square kilometres and KMC's mineralisation includes thick sequences of gold-copper skarns, gold skarns, zinc-lead-copper-gold skarns and volcanic hosted gold mineralised silica breccias.

In 2013 up to 5,000 meters of drilling was planned for the KMC licence area and the Company is pleased to announce the most recent results from the drilling programme at Medenovac which confirms the presence of encouraging base metal mineralisation. Please see the Appendix below for regional maps and a cross section of the Medenovac target.

Commenting on the results, Pat Forward, Chief Operating Officer of the Company said,"The new holes in the Medenovac target area were designed to test the strike and dip extents of the base metal mineralisation intercepted in the 2012 drilling campaign.  They have confirmed the presence of a significant base metal mineralisation traced over more than 400 meters vertical extend and at least 300 meters strike.  Well defined metal zonation is recorded and the narrow volcanic hosted subsurface lead-silver dominated mineralisation becomes wider skarn hosted zinc-gold-copper mineralisation at depth.   The mineralisation is open and further step out drilling will define the zone down dip and along strike."

Drill hole orientations were surveyed at approximately 50 metre intervals. Samples were collected by Company geologists in compliance with the Company's standard procedures and in accordance with accepted industry best practice. Samples were normally collected through the mineralised intervals at one metre lengths and occasionally to a maximum of 1.5 metres to reflect geological boundaries. The samples were submitted to the SGS Laboratory (ISO 9001:2008 and ISO 17025 accredited) in Sofia, Bulgaria, for sample preparation and analysis. Gold analyses were carried out using the fire assay technique with an AAS finish on 30 gramme aliquots.  Silver and molybdenum were analysed using AES ICP methods. In addition to the laboratory's internal QAQC procedures, the Company conducted its own QAQC with the systematic inclusion of field duplicate samples, blank samples and certified reference samples. The analytical results from the Company's quality control samples have been evaluated and demonstrated to be within acceptable industry standard variances.

The Company is also pleased to announce the filing of the NI 43-101 technical report disclosing the resource estimate announced on 3rd December 2013 for the Ilovitza project.  The Company would like to disclose an adjustment made to the resource statement for the Ilovitza Project described in the December 3, 2013 press release. The calculated contained gold reported in the resource table in December 3, 2013 has subsequently been adjusted to correct for an arithmetic error. The change is not material to subsequent metallurgical, mining and economic evaluations that will be reported in the Pre-Feasibility Study. Final resource tables are presented in the Technical Report filed on SEDAR today.

Mr Patrick Forward, FIMMM, a Qualified Person under National Instrument 43-101 Standards of Disclosure for Mineral Projects of the Canadian Securities Administrators and COO of the Company, reviewed and approved the scientific or technical disclosure in this release and has verified the data disclosed. 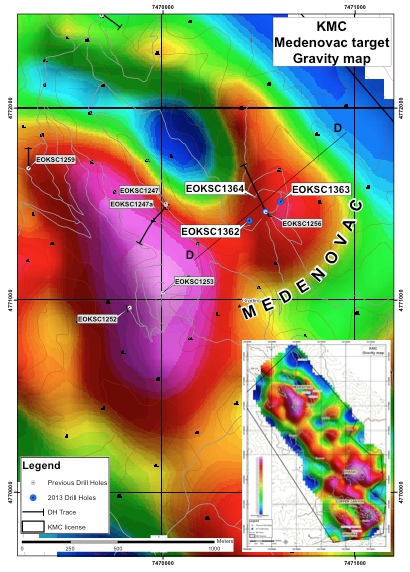 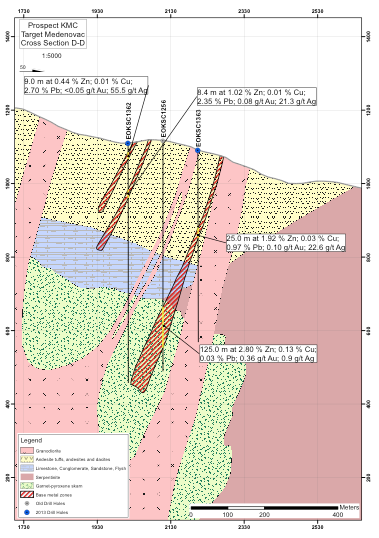