Board And Senior Management

Meet our experienced team of Directors and senior management. 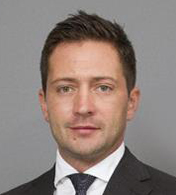 Martyn Konig joined Euromax's Board of Directors in August 2012.

Mr. Konig has 30 years' experience in investment banking and the commodity markets. Until February 2012, he was Executive Chairman and President of European Goldfields Limited. He is a Non-Executive Director of TSX listed New Gold Inc. and was Chief Executive Officer of Blackfish Capital Group from 2005 until August 2009. He has extensive experience in the natural resource sector, which includes senior management responsibility in resource finance and commodity trading operations at various international investment banks. Mr. Konig was a main Board Director of NM Rothschild & Sons Ltd. for 15 years and held senior positions at Goldman Sachs and UBS. He is a Barrister and Fellow of the Chartered Institute of Bankers.

Varshan Gokool was appointed as President & CEO in November 2017.

Varshan was previously the Company’s Chief Financial Officer, appointed in 2012. Prior to that, he was VP and Treasurer at European Goldfields, where he was responsible for the sourcing and execution of debt financing for the Hellas Gold and Certej Projects, tax structuring, financial modelling, insurance and offtake negotiation. He has had a number of corporate and banking mining roles prior to European Goldfields, including being Treasurer at Katanga Mining Limited, a Vice President in Societe Generale's Mining Finance team and worked for Ashanti Goldfields as a Risk Manager.

Mr. Gokool is a graduate of the University of Cape Town with a B.Bus.Sci (Finance), and is a CFA Charterholder.

Patrick Forward was appointed as Non-Executive Director in October 2021, previously was Chief Operating Officer since November 2012.

Mr. Forward was previously VP, Projects & Exploration at European Goldfields, where he was responsible for the development of the Skouries and Olympias projects in Greece, and the Certej project in Romania through feasibility work, basic engineering and financing. In addition, Mr. Forward was responsible for European Goldfields' exploration properties in Romania, Greece and Turkey and the growth and compliance of that company's resource and reserve base. In the early 1990s, he managed exploration projects in Europe, Ghana and Venezuela before spending some five years in Burkina Faso managing exploration programmes including the discovery of Semafo Inc's 2.8 Moz Mana deposit. Mr. Forward is also specialised in geological due diligence, resource estimation, the application of GIS systems to exploration projects, deposit evaluation and is a Qualified Person with the respect to NI 43-101 reporting.

Nikola Gulev was appointed as Chief Financial Officer in November 2017.

Before joining Euromax, Mr. Gulev worked for two years at KPMG in bookkeeping outsoursing department in Skopje. Prior to this, Mr. Gulev had roles in internal audit at Stopanska Bank AD Skopje and in audit practice at PricewaterhouseCoopers in Skopje. Mr. Gulev holds a Master’s degree from Ss. Cyril and Methodius University in Skopje for Audit and Accounting, and has been a member of the Association of Chartered Certified Accountants (ACCA) in UK since 2014.

Steve Sharpe was appointed as Non-Executive Director in November 2017.

Mr. Sharpe was previously the Company’s President and Chief Executive Officer, appointed in 2012 and prior to that, he was Senior Vice President, Business Development at European Goldfields Limited from July 2010 until March 2012, where he focused on raising the profile of the Company in the European and North American market and developing the optimum financing solution for the advancement of the Company's gold assets.

Prior to that, he was Managing director (Structured Finance) at Canaccord Genuity. He has over 25 years of investment banking experience, focused on the mining sector and has held senior management positions at Endeavour Financial, Standard Bank, and NM Rothschild & Sons Ltd. Mr. Sharpe holds a BA (Hons) in European Business Studies.

Mr. Sharpe is also an Honorary Board Member of Macedonia 2025, a group dedicated to enhancing business opportunities and the economic development of Macedonia.

Executive Chairman of the Board

Tim Morgan-Wynne joined the Euromax Resources's Board of Directors in June 2012 and in September 2018 he was appointed as Non-Executive Chairman, while from August 2020 he has served as Executive Chairman.

Mr. Morgan-Wynne was the CFO of European Goldfields until March 2012 and prior to this, he was a Director of the Resources and Energy Group at HSBC Bank plc. Mr. Morgan-Wynne worked in HSBC's mining sector corporate finance team from 1997 to 2006, and gained a broad experience of corporate finance and capital markets whilst working on transactions involving companies in the UK, Europe, North America and South Africa. Before HSBC, Mr. Morgan-Wynne worked in the industry as Group Finance Manager for Ashanti Goldfields and Cluff Resources plc.

Randal Matkaluk has been a director of the company since September 2010.

Since June 2014, Mr. Matkaluk has been the Chief Financial Officer of Capio Energy Inc., a private company involved in oil and natural gas exploration. Prior to this he was the Chief Financial Officer of Capio Exploration Ltd (February 2010 to June 2014) and since August 2007 has been a Director of Triangle Petroleum Corporation, an oil exploration company.

Between June 2001 and December 2002, Mr. Matkaluk was the Chief Financial Officer of Antrim Energy Inc., a public international oil and gas exploration company listed on the Toronto Stock Exchange. Mr. Matkaluk has also worked for Gopher Oil and Gas Company and Cube Energy Corp. Mr. Matkaluk has been a Chartered Accountant since 1983.

Mr. Matkaluk received his Bachelors Degree in Commerce in 1980 from the University of Calgary.

Bill Abel was appointed as Non-Executive Director in March 2015.

Mr. Abel is a mining engineer with more than 40 years of professional experience, specialising in operations, management and project development and implementation.

Mr. Abel is an independent mining and metals professional consultant and is also EBRD's nominated director on the board of Lydian International Ltd. Previously, he has held a number of senior technical and management positions at several major international mining companies, including, Head of Resource Planning at BHP Billiton Iron Ore, Technical Executive - Special Projects and Group Head of Mining at Anglo American, and General Manager - Mining Projects at ArcelorMittal.

Mr. Abel has a Master's Degree in business administration from the Witwatersrand University School of Business Management and a Bachelor of Science (Hons) degree in mining engineering from the Royal School of Mines, Imperial College in London England.
Mr Abel is a registered professional engineer and a Fellow of the SAIMM.

Raymond Threlkeld was appointed as Non-Executive Director in March 2016.

Mr. Threlkeld has over 30 years of mineral industry experience. He currently serves as Senior Advisor of Calibre Mining Corp. and he's been also a Director of Northern Empire Resources Corp. since October 18, 2017. Mr. Threlkeld served as a Senior Advisor to the Board at Northern Empire Resources Corp. since March 31, 2017 and as an Executive Chairman of Newmarket Gold Inc. from July 10, 2015 to November 30, 2016. From 2009 to 2013, Mr. Threlkeld was the President and Chief Executive Officer of Rainy River Resources Ltd and he also served as a Non Executive Director of New Gold, Inc. from June 1, 2009 to December 2016. From 2005 to 2009, Mr. Threlkeld was the Chief Operating Officer of Silver Bear Resources Inc. From 2006 to 2009, he was the President and Chief Executive Officer of Western Goldfields Inc. From 1996 to 2005, Mr. Threlkeld held various senior management positions in precious metal mine development with Barrick Gold Corporation and Coeur d'Alene Mines Corporation including the development of the Pierina Mine in Peru, the Bulyanhulu Mine in Tanzania and the Veladero Mine in Argentina.

Mr. Threlkeld holds a B.Sc. degree in Geology from the University of Nevada.

„Ivan Vutov, PhD, was appointed as Non-Executive Director in June 2019.

Mr. Vutov joins the Board of Directors and takes the position as Director nominated by Galena Resource Equities Limited and is currently Chairman of Board of Directors of Geotrading AD and also Vice President of Geotechmin OOD. Mr. Vutov has PhD in Social Management University of National and World Economy, Sofia, Bulgaria.“

Mr. Baker brings over 35 years of experience in the mining sector and has a proven track record in successful project management and construction. Mr. Baker previously acted as Project Manager on the Santa Rosa gold deposit in Colombia for Red Eagle Mining where he took responsibility for the project feasibility study and final permitting and on through to project financing. Mr. Baker has previously been responsible for:

Mr. Treand became independent in August 2018, he is based in Geneva and active in M&A, family office and asset management. Prior to that, he was the CEO of Trafigura Mining Group (Trafigura Pte Ltd branch) in charge of all mining and smelting assets of the group, from August 2014 – August 2018. From August 2007 – July 2014, Mr. Treand was the Executive Director at Aurubis AD (Aurubis Bulgaria part of Aurubis AG Group). Before that, from September 2001 until July 2007, he was Managing director of Melexis Bulgaria, an automotive semiconductor Belgium company part of the Elex Group. Mr. Treand is a graduate of the University of Applied Sciences in Lausanne Switzerland and later on specialised in general management, strategic marketing and finance at IMD Lausanne.

James Burke was appointed as Non-Executive Director in June 2018.

Mr. Burke joined the Trafigura Group in March 2009 and has 19 years of experience in the mining industry with 17 years of experience in mining M&A/investments and is a senior investment professional in the Galena Private Equity Resources Fund. Prior to joining the Trafigura Group, Mr. Burke worked in the metals and mining corporate finance division at Standard Bank in both London and Sydney and was also a mineral commodities analyst at AME Mineral Economics in Sydney. Mr. Burke is a board member of Cadillac Ventures. Mr. Burke has a Master of Science in mineral project appraisal and a Bachelor of Science in geology from the Royal School of Mines, Imperial College London.

Stanislav Delchev was appointed as Non-Executive Director in September 2020.

Mr. Delchev joins the Board of Directors and takes the position as Director nominated by Galena Resource Equities Limited and is currently Deputy Finance Director in Geotechmin OOD and Director in Geotechmin Services EOOD. Before joining the Geotechmin Group, Mr. Delchev had more than 15 years of experience in the audit practice, whereby 2 years spent in KPMG office in the Channel Islands and 6 years in KPMG office in Bulgaria. Mr. Delchev holds a Master’ degree from University of National and World Economics for Accounting and Control, and he is a Fellow member of the Association of Chartered Certified Accountants (ACCA) in UK.